by Media Mom August 10, 2009 No Comments In the News, Work/Life Balance 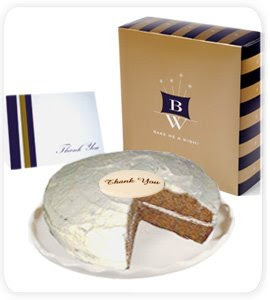 Finally – in this time of economic recession, housing depression and a media industry addicted to horror, gore and extreme everything, there’s a story of survival, success and inspiration built from good old motherly ingenuity.

Angela Logan, mother of three, struggling actress found herself ditched by a contractor who left her with a construction job half done, a studio owing her money for acting work still unpaid and now she’s facing foreclosure. She what did she do? She baked an apple cake – simple as that.
Actually, she baked 100 of them, called them Mortgage Apple Cake and sold them for $40 a piece to friends, family and acquaintances to raise the money she needed to pay down her bills and qualify for a government program to lower her mortgage payments. It worked. Not only that, an internet retailer heard her story and is selling her cakes online and will launch a whole line of Angela Logan Cakes.
Now, while it does take some chutzpah to charge $40 for a cake, the only other thing that makes her success story so extraordinary is that it’s so darn ordinary. All she had to do was dig into her motherly survival skill instinct, remember what it was that she did well, share her story, and value herself – and her cake. I for one find it incredibly refreshing and inspirational.

Get in Touch With Bright Horizons Today!